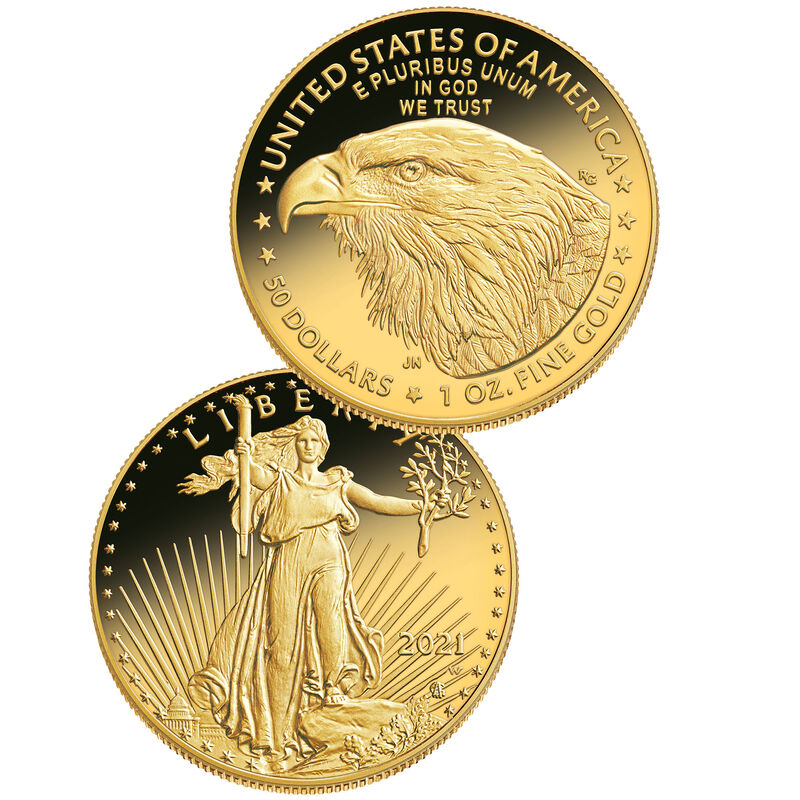 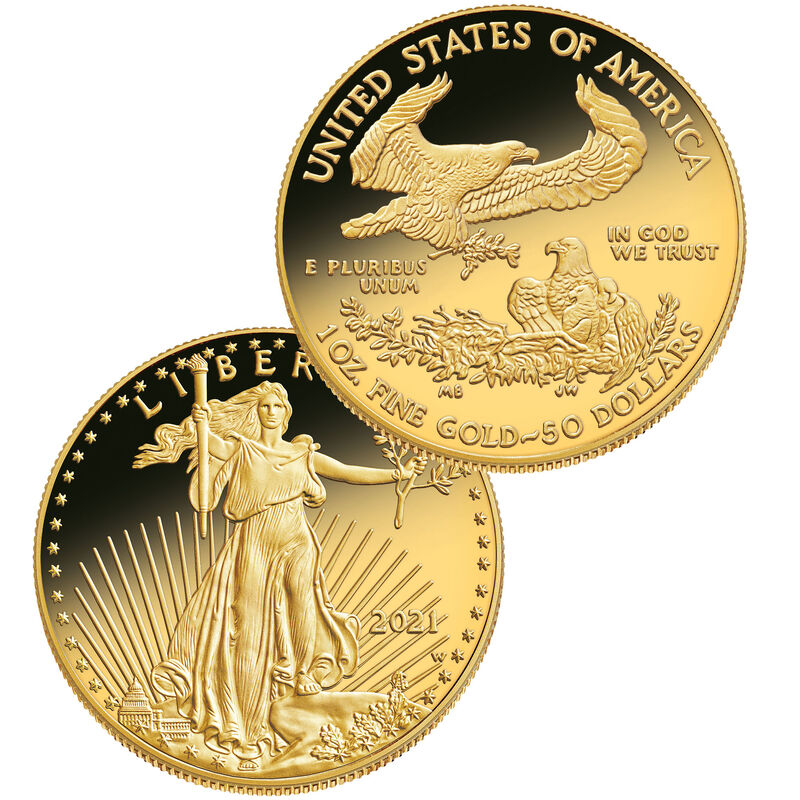 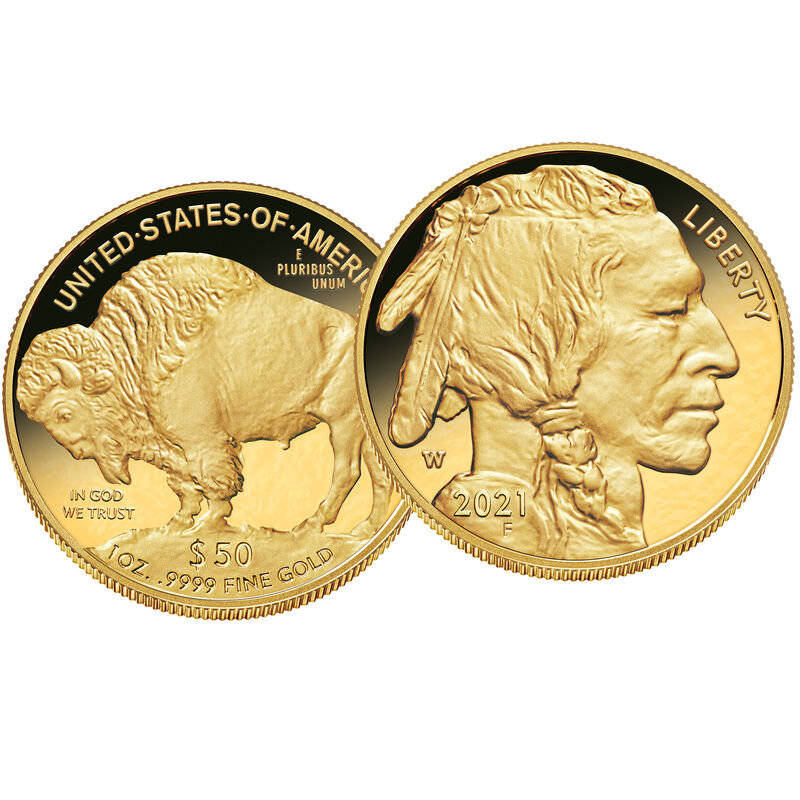 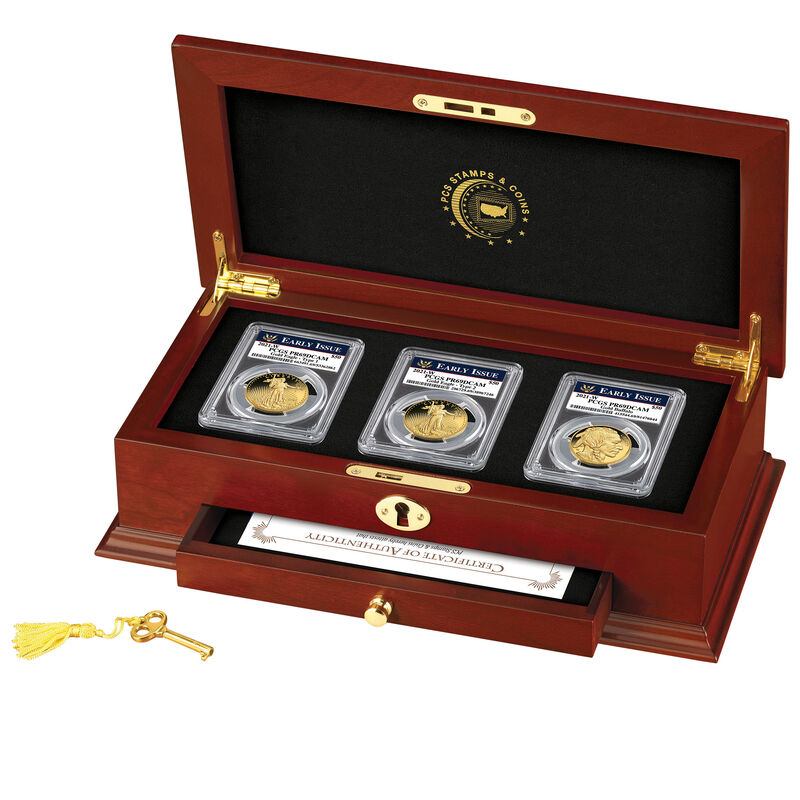 • All three of America’s official 2021 proof gold bullion coins, including both the last original-design and first new-design American Eagles, as well as the American Buffalo.

• “Early Issue” verifies that the coins were released by the U.S. Mint within 20 business days of initial issue.

• “PR69” denotes near-flawless coins; all coins are graded on a 70-point scale, and “69” indicates a coin struck to near-perfection.

• Each was struck in one troy ounce of gold and bears the prestigious “W” mint mark of the West Point Mint, which makes the world’s finest bullion coins.

• FREE: A Display Chest and Certificate of Authenticity/Collector Card, included at no extra charge, sent with the second shipment.

Show Less Show More
In stock. Ships in 4-8 weeks.
$3,489 per coin
One coin per shipment, each payable in 2 monthly installments of $1,749 (includes shipping)
Availability:
The link to The 2021 Early Issue Proof U.S. Gold Coins has been copied

A PCS exclusive, with just 15 sets available, The 2021 Early Issue Proof U.S. Gold Coins forms a collectible of beauty, meaning and importance. This collection allows you the convenience of building it item-by-item with a gradual payment and shipment plan: Coins will be shipped at the rate of one every other month (three total shipments in this collection). You may pay for each coin in two monthly installments.

Each coin is sonically sealed in a protective case, which keeps them safe from dust, dirt and fingerprints for years to come.

The deluxe, lockable wooden Display Chest (measuring 11" x 6" x 3") and informative Certificate of Authenticity/Collector Card, which provides fascinating facts about the history and design of the coins, will be sent with the second shipment.

Note: Not made by Native Americans.

The information in this announcement is accurate as of December 2021.