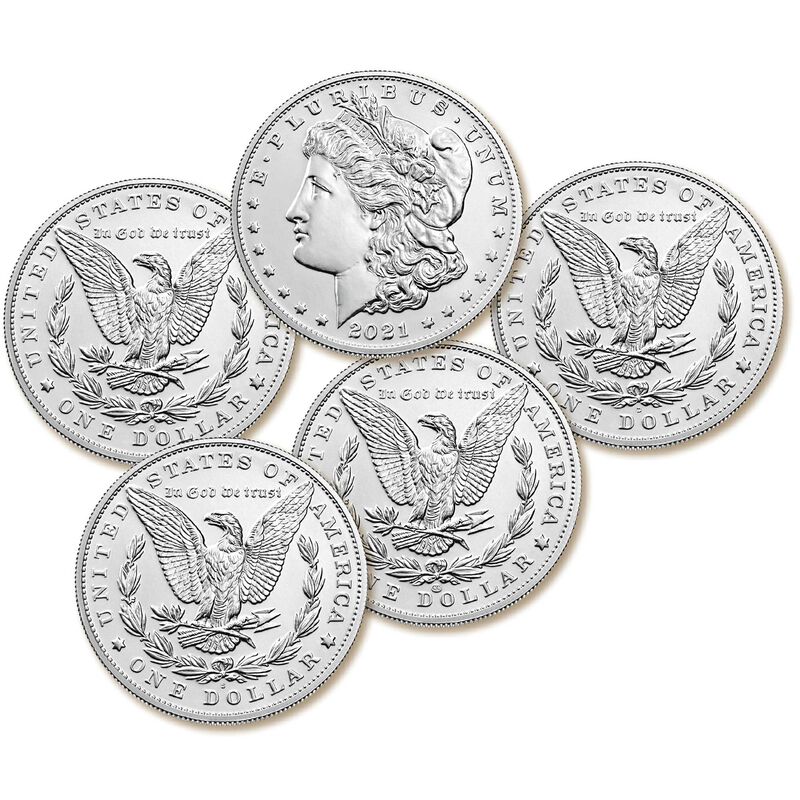 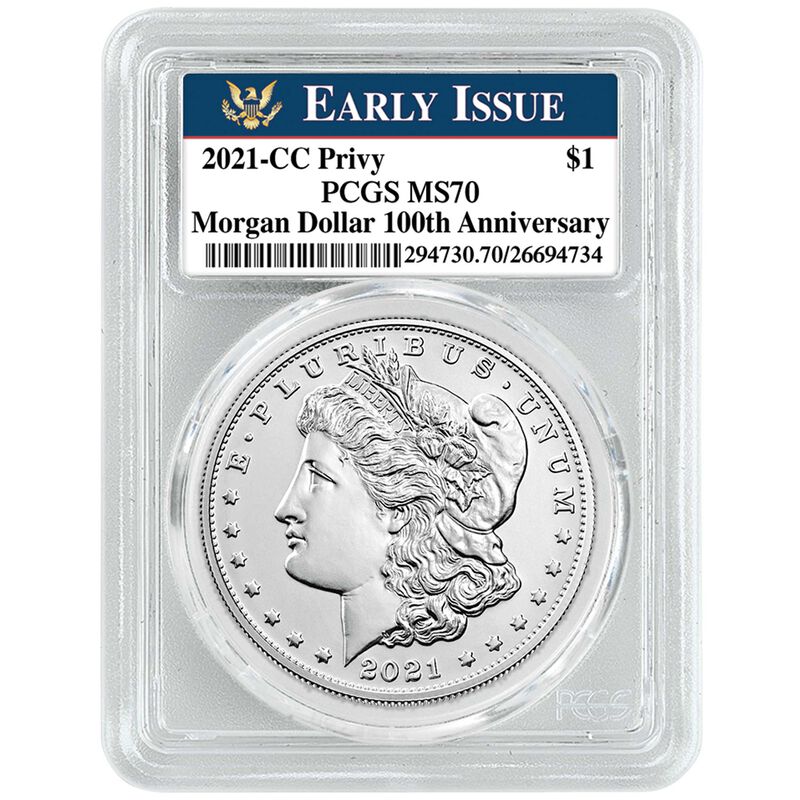 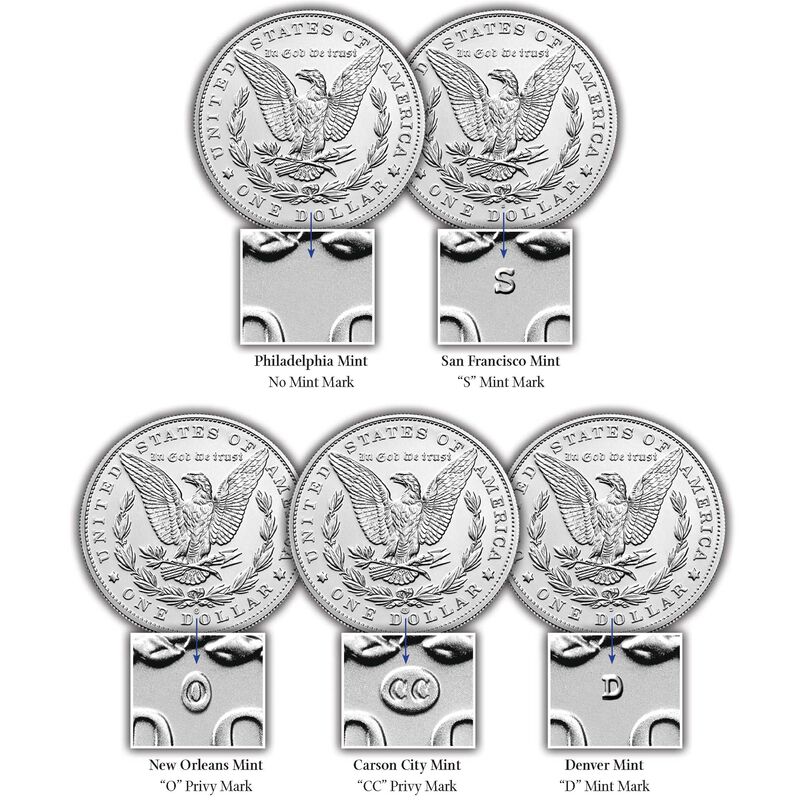 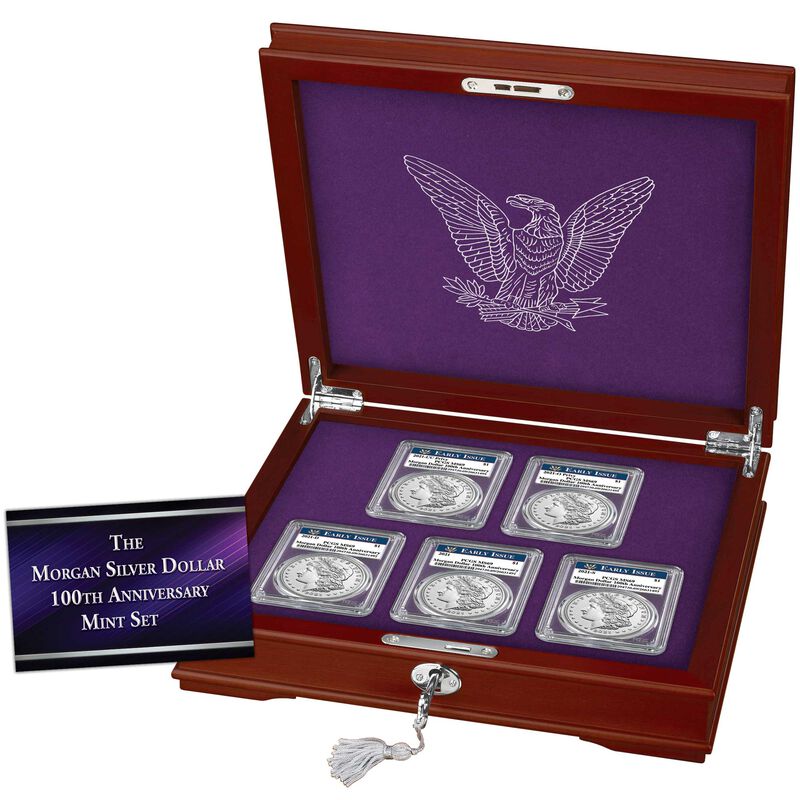 • Each is the same large size as the original coins and features the same design.

• Minted in 99.9% pure silver, a higher level of silver than the original coins, and together, they weigh in at more than four troy ounces of pure silver.

• All five Morgan Silver Dollars are in matching flawless MS70 condition, as graded by PCGS, one of the most prestigious and trusted coin-grading companies.

• What’s more, the coins are also certified by PCGS as coveted Early Issue, meaning they were released within 20 business days of the U.S. initial issue.

• The Philadelphia, San Francisco and Denver coins were struck at their respective mints, and include the same legendary mint marks as the originals.

• FREE: A Display Chest and Collector’s Guide, included at no extra charge, sent with the second shipment.

Show Less Show More
In stock. Ships in 2-4 weeks.
$398 per coin
One coin per shipment, each payable in 3 monthly installments of $135 (includes shipping)
Availability:
The link to The MS70 Morgan Silver Dollar 100th Anniversary Mint Set has been copied

Paying tribute to this magnificent silver coin on its centennial, The MS70 Morgan Silver Dollar 100th Anniversary Mint Set forms a collectible of beauty, meaning and importance. This collection allows you the convenience of building it item-by-item with a gradual payment and shipment plan: Coins will be shipped at the rate of one every three months (five total shipments in this collection). You may pay for each coin in three monthly installments.

Special sonically sealed holders allow close examination of all the fine details, and the PCGS label inside identifies each coin’s mint mark or privy mark.

The custom-crafted wooden Display Chest (measuring approximately 10½" x 9½" x 2½") and Collector’s Guide, detailing the history of both the Morgan Silver Dollar and the 100th anniversary coins minted in 2021, will be sent with the second shipment. The sticker on the bottom of the display is hand-numbered to authenticate the collection’s limited-edition status out of only 1,500 available from PCS!