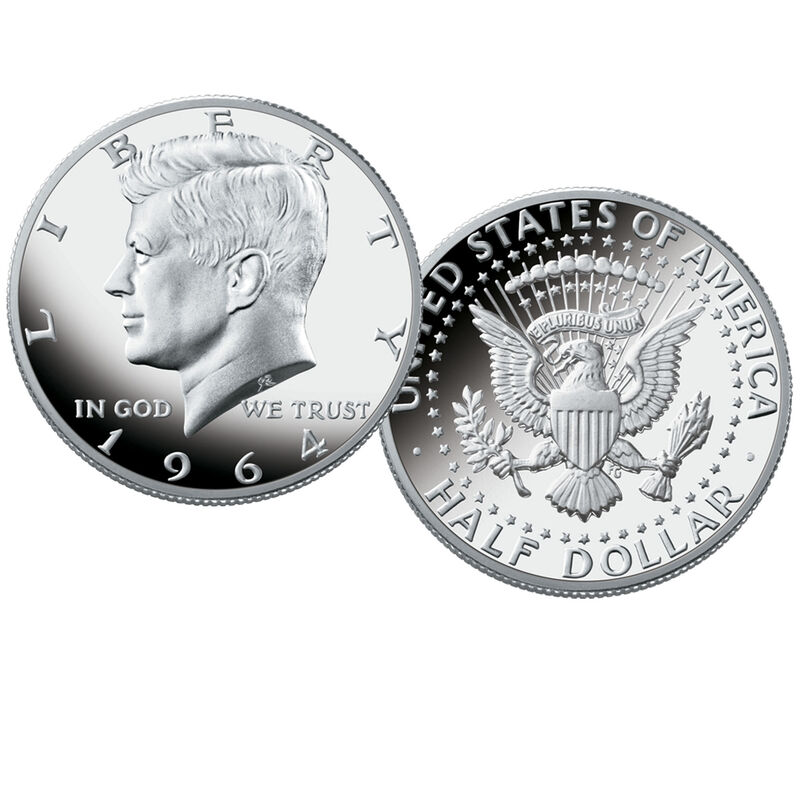 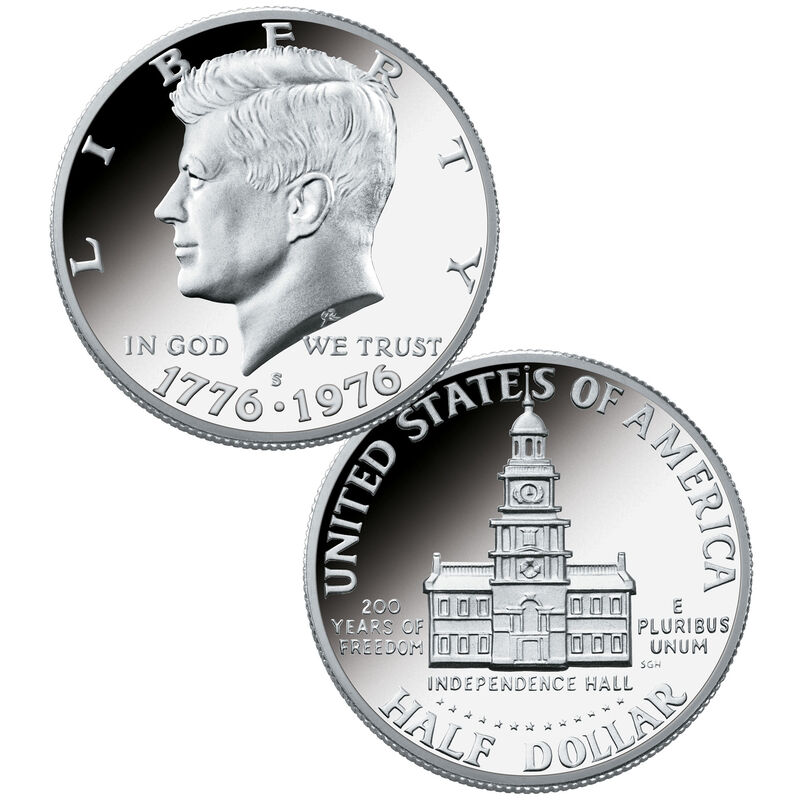 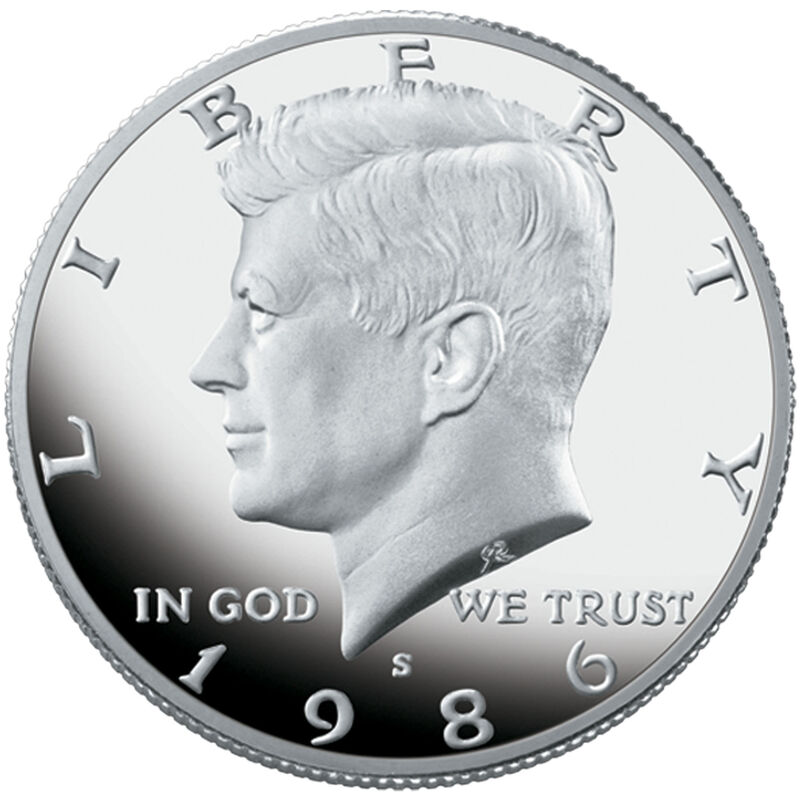 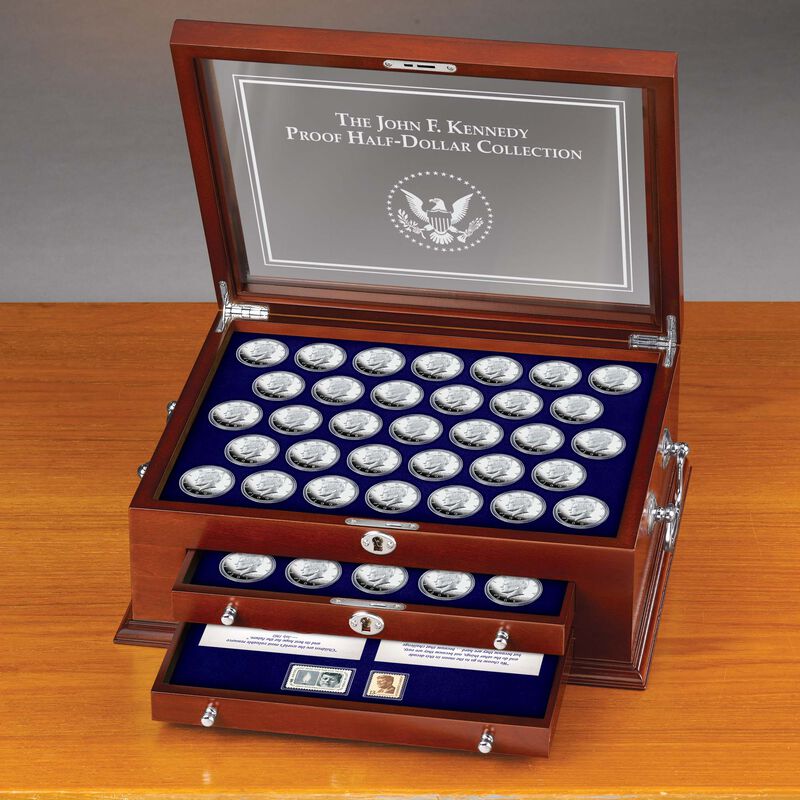 The ultimate collection — in the highest grade of legal tender issued by the U.S. Mint.

• The historic 1964 Kennedy half-dollar, minted in 90% silver just weeks after his assassination, one of the few proof coins struck at the Philadelphia Mint.

• The 1968-70 issues from the San Francisco Mint, struck in 40% silver in response to rising precious-metals prices.

• The Bicentennial Kennedy coin, featuring the unique dual date of “1776-1976” and a one-time-only back design depicting Independence Hall.

• A Collector Card that includes an inspiring Kennedy quote, plus interesting facts about JFK, will accompany each shipment.

• Presented in proof quality so that you may appreciate every crisp detail of the coin’s design.

• FREE: A Display Chest and Program Information Card, included at no extra charge, sent with the third shipment.

Show Less Show More
In stock. Ships in 2-4 weeks.
$23.95 per coin
Initial shipment of 1 coin is $24.95
Availability:
The link to The John F. Kennedy Proof Half-Dollar Collection has been copied

Honoring the fabled age of America’s Camelot, The John F. Kennedy Proof Half-Dollar Collection forms a collectible of beauty, meaning and importance. This collection allows you the convenience of building it item-by-item with a gradual payment and shipment plan: After your initial shipment of one coin, you’ll receive two new coins every other month (28 total shipments in this collection). The last shipment will contain three coins. As a convenience, you’ll be billed monthly.

To preserve their gem-like beauty and pristine quality, each heirloom proof coin is sealed in a crystal-clear capsule that ensures worry-free viewing of every detail, both front and back. Please note: The exact appearance of the coins you receive may vary from the images shown.

The luxurious wooden Display Chest, Program Information Card — with details about the Proof minting process, the coins and their composition from various years — and bonus stamps will be sent with the third shipment.

Your satisfaction is 100% guaranteed. You may return any shipment within 30 days for replacement, or for a full refund with no further obligation. You may cancel at any time by calling the toll-free number included with each shipment, or by accessing My Account online. Either party may cancel this agreement at any time.