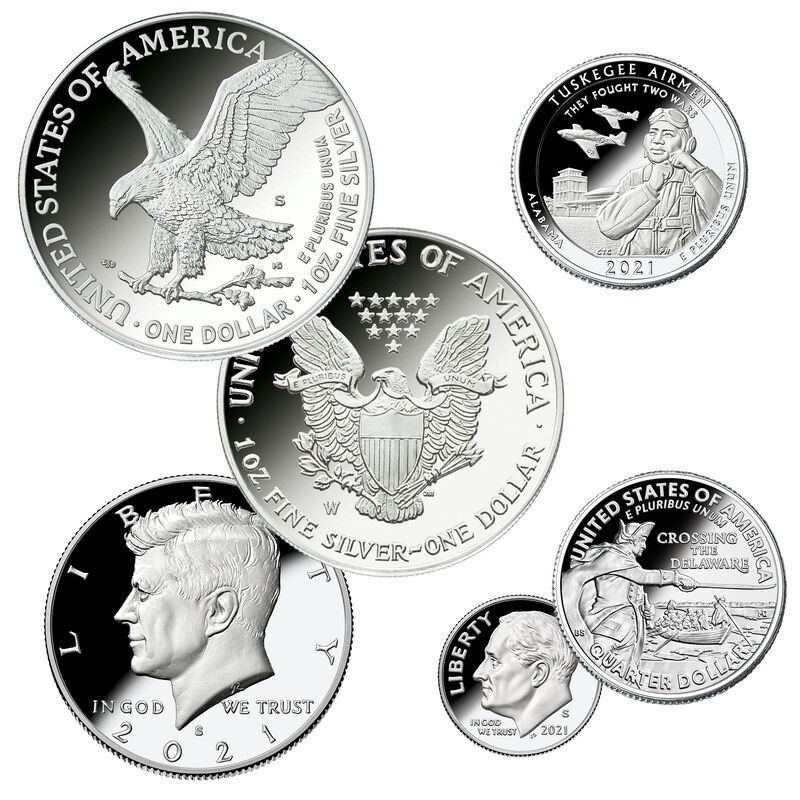 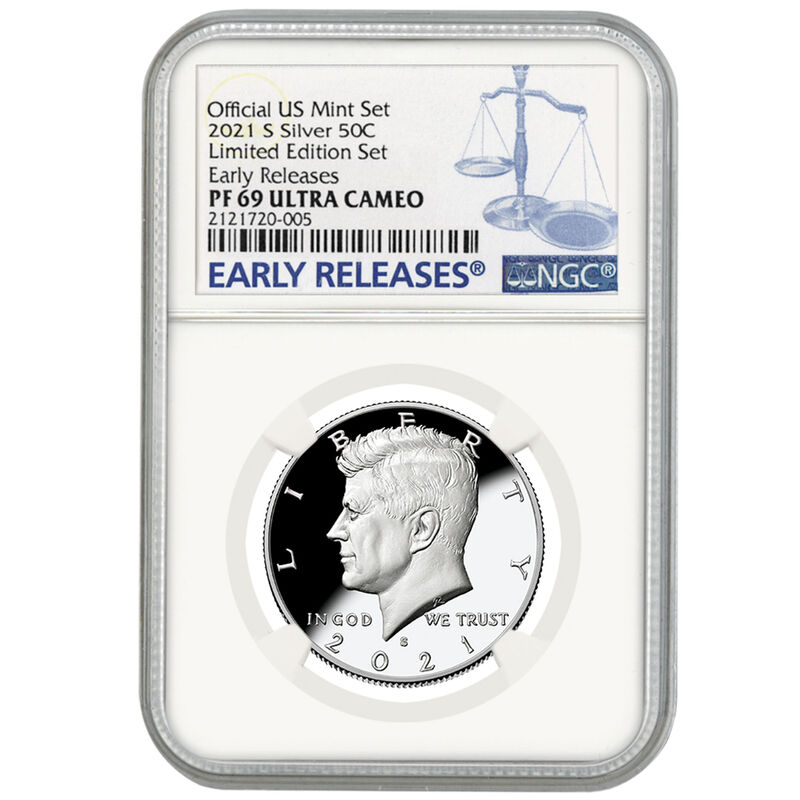 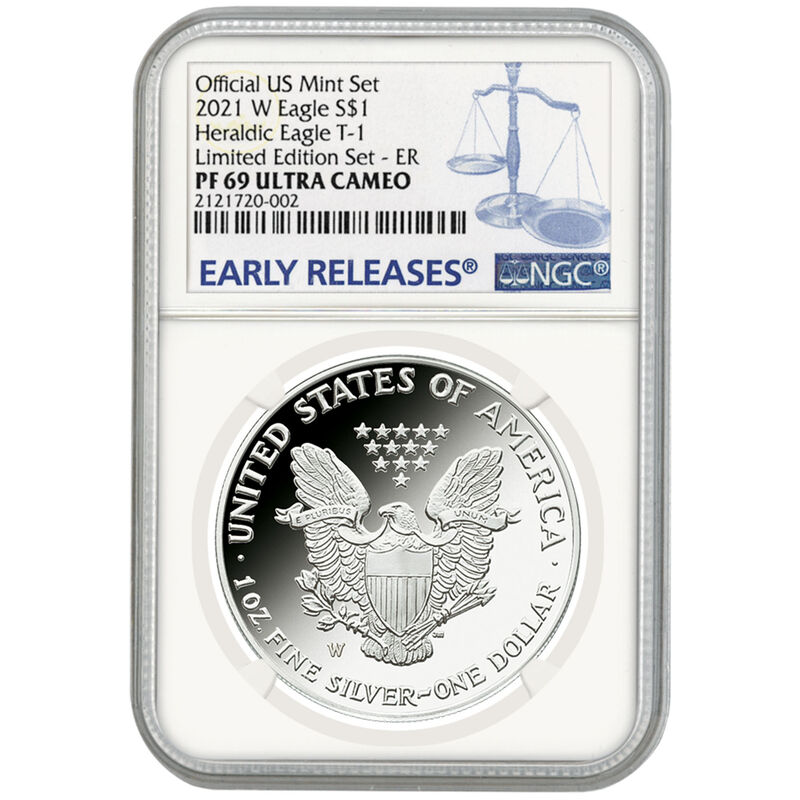 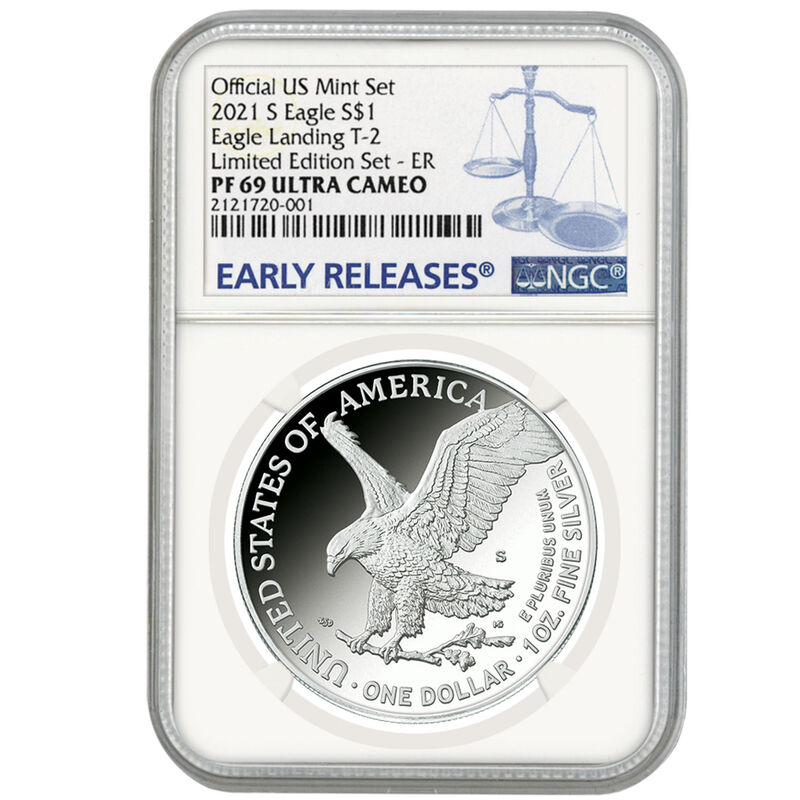 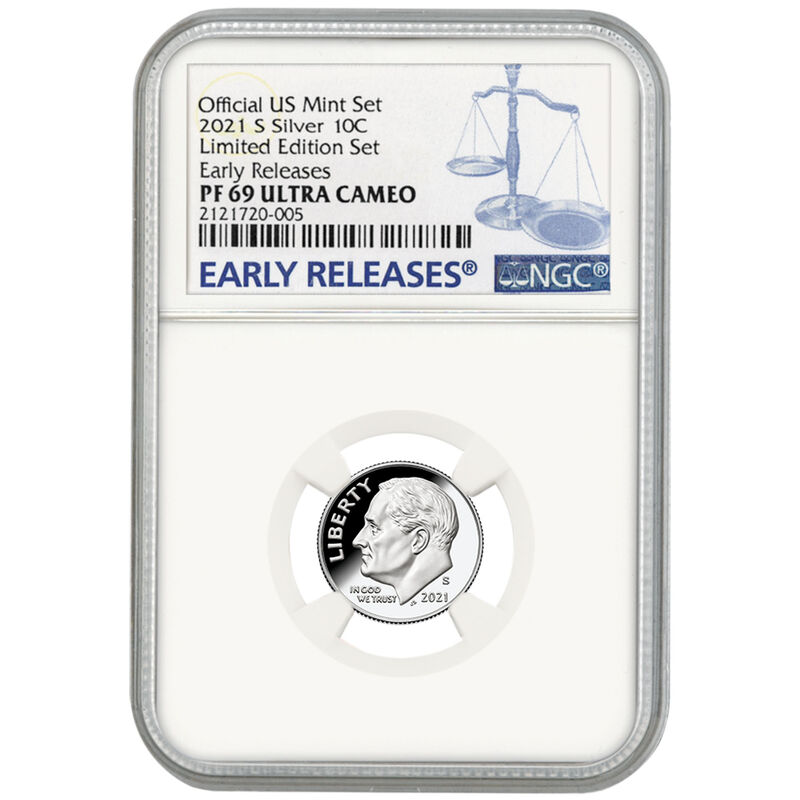 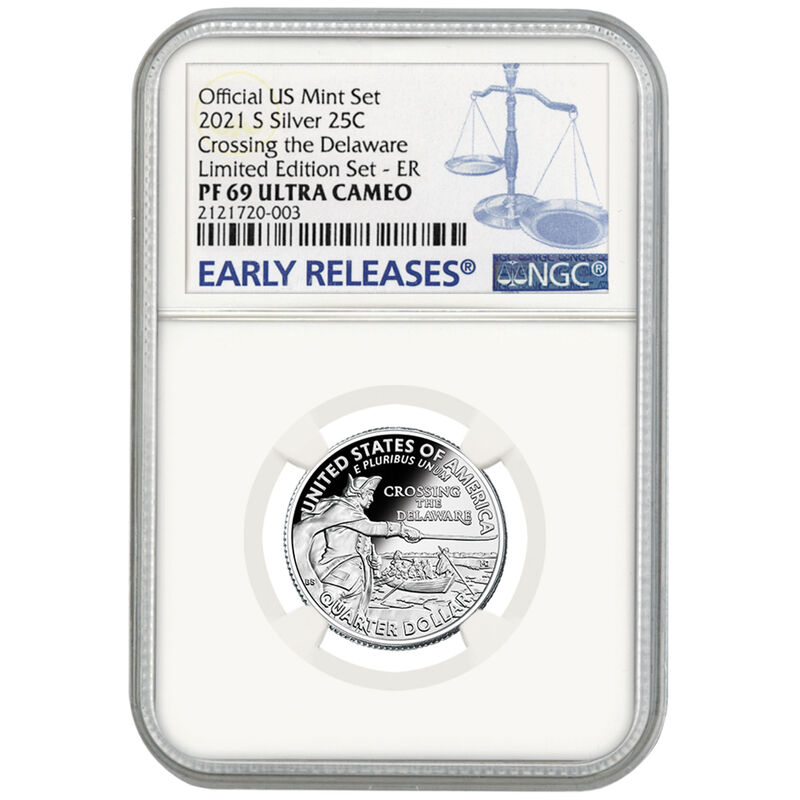 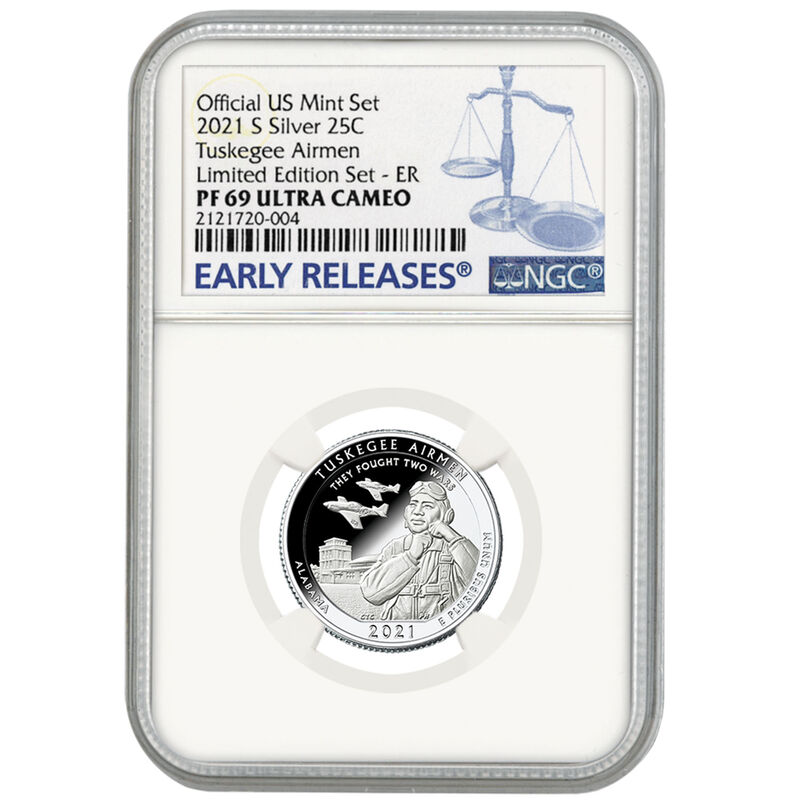 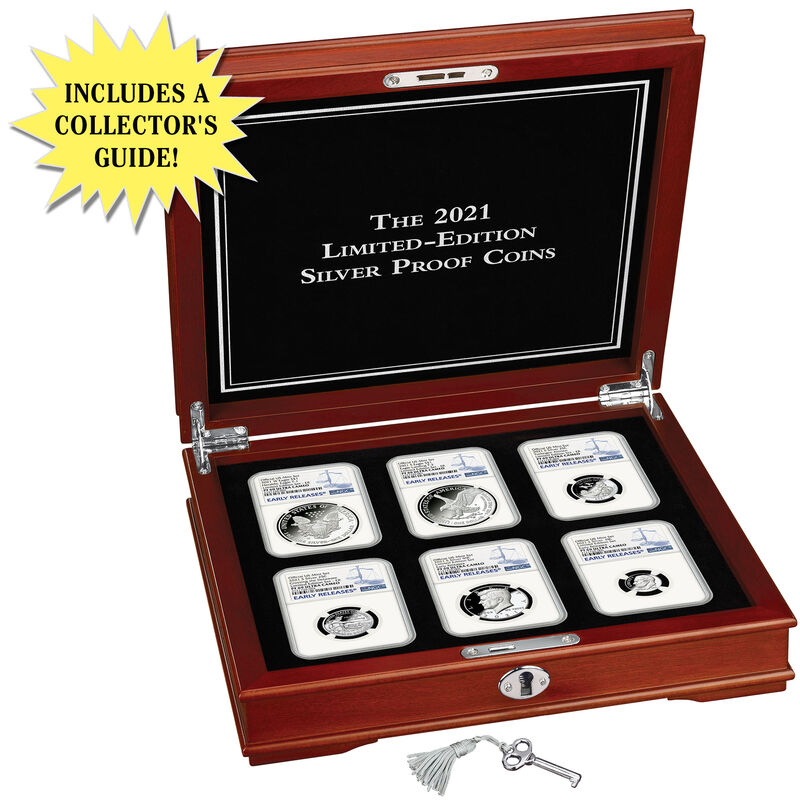 Stunning proof coins with a deep cameo finish, all minted in 99.9% pure silver…

• The only set of its kind in U.S. Mint history, with TWO different American Eagle Silver Dollars — the last original-design coin and the first with the new flying eagle design.

• Each coin is graded by NGC, a leading independent coin authority, as near-perfect PF69 condition.

• What’s more, each is certified by NGC as an Early Release, meaning it was released by the U.S. Mint within 30 days of its initial issue.

• Finally, each demonstrates the dramatic “Ultra Cameo” effect that is generally present only on the first coins struck with new dies.

• FREE: A Display Chest and Collector’s Guide, included at no extra charge, sent with the third shipment.

Show Less Show More
In stock. Ships in 2-4 weeks.
$247 per shipment
Each shipment is payable in 3 monthly installments of $85 (includes shipping)
Availability:
The link to The 2021 Limited-Edition Silver Proof Coins has been copied

SOLD OUT at the U.S. Mint within hours, The 2021 Limited-Edition Silver Proof Coins forms a collectible of beauty, meaning and importance. This collection allows you the convenience of building it item-by-item with a gradual payment and shipment plan: Shipments will be sent every three months until the collection is complete. The first two shipments will contain two coins each, while the third and fourth shipments will each contain one American Eagle Silver Dollar (four total shipments in this collection). You may pay for each shipment in three monthly installments.

These stunning silver coins are protectively encapsulated for safe handling and easy viewing of both sides.

The custom-crafted wooden Display Chest (measuring 10½" x 9½" x 2") and Collector’s Guide, with an intriguing narrative about these stunning silver proof coins, will be sent with the third shipment. The chest is hand numbered to certify the limited-edition status as one of only 300 complete collections available from PCS.

Product features in this announcement based on information available as of January 2022.